Node vs React Comparison: Which to Choose for Your JS Project? 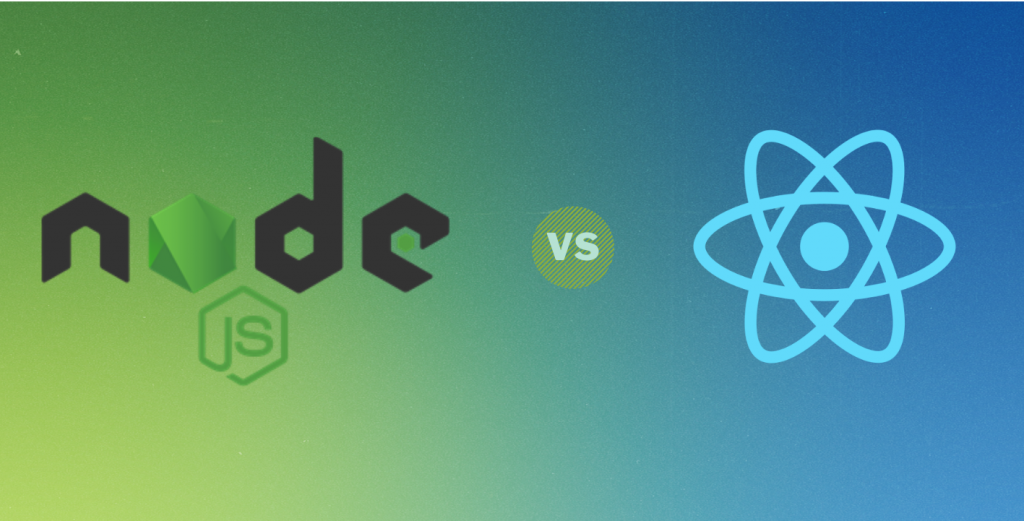 Quick summary: Node vs React Comparison is not correct because both technologies are entirely different things. Even though they both are JavaScript-based, it is just like comparing a watermelon to an apple. We can’t compare these fruits, and we can’t say if a watermelon is better and an apple worse, or vice versa. You could pick between two of them depending on your needs or buy both. Node.js and React have the same story: Node.js is a back-end framework, and React is used for developing user interfaces. Which one to choose depends on your project or purpose.

We have started our introduction with the words “JavaScript-based” technologies. Let’s know what it means. JavaScript is one of the most famous and loved programming languages nowadays. According to the latest Stackoverflow developer survey , JavaScript is a well-liked technology used by software developers.

It is growing day by day and has kept its position for eight years in a row and belongs to the top ten most loved programming languages. With no overstatement, its ecosystem is massive. A variety of tools are based on JavaScript.

Node.js framework was launched in 2009, and it destroyed the traditional browser confined limits of JS. Software Developers got to use JavaScript CLI tools to create the back-end part of web applications or server-side.

Both Node.js and React.js are two sides of a coin. React.js is used to build the front-end part or user interfaces, and Node.js allows creating web application’s server-side or back-end components.

They both have advantages and limitations also. If you wish to find out which one to choose for your next project, read this article.

Today, we will cover:

What is Node.js? – An Overview of the Node 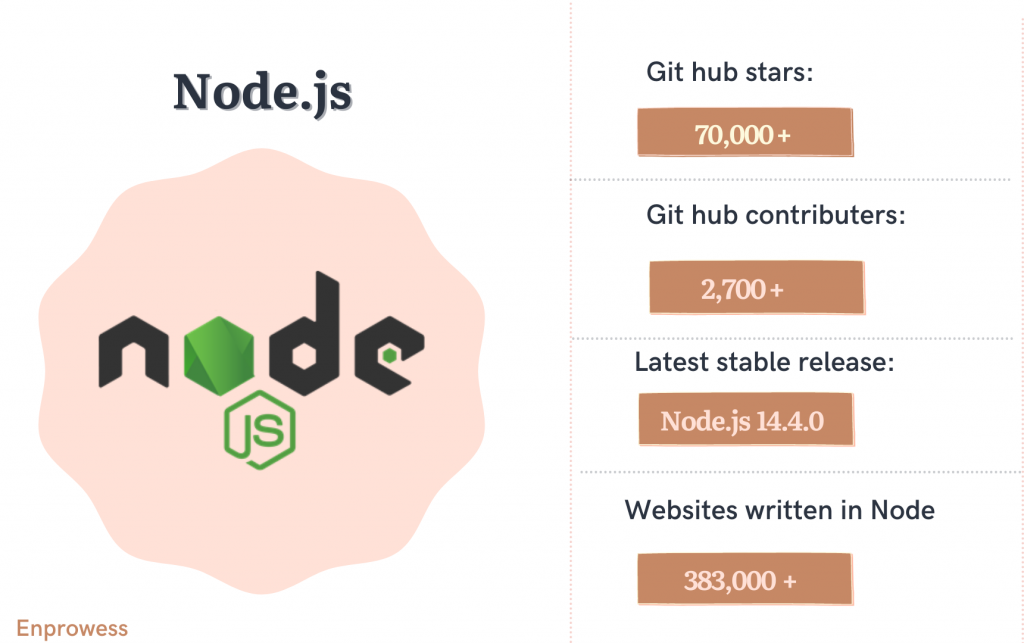 Ryan Dahl developed Node.js in 2009. Node.js is a server-side, open-source, JavaScript runtime environment that allows developers to write JavaScript on the client and the server-side.

Node.js-based frameworks like Express, Socket.io, and Meteor.js provide many functionalities to improve the backend capability.

Node.js uses an event-driven and non-blocking I/O model, so it is practical and lightweight. The technology develops single-page applications, websites, and backend API services designed with real-time and push-based architectures.

Use cases of Node.js are

Large ecosystem for the open-source library. Node.js is a JavaScript-based free and open-source framework.

It has an Asynchronous or Non-blocking nature. Developers can perform non-blocking operations, which boosts web app performance.

Applications developed with Node.js can be scaled vertically and horizontally to improve their performance.

Applications produce a massive quantity of data. Node.Js with its low latency I/O operations, gives the benefit of ‘No buffering’ to developers.

Node.js supports an open-source community. There is the main explanation that frequently incredible modules can be updated to Node.js applications over time.

What is React.js? – An Overview of the React 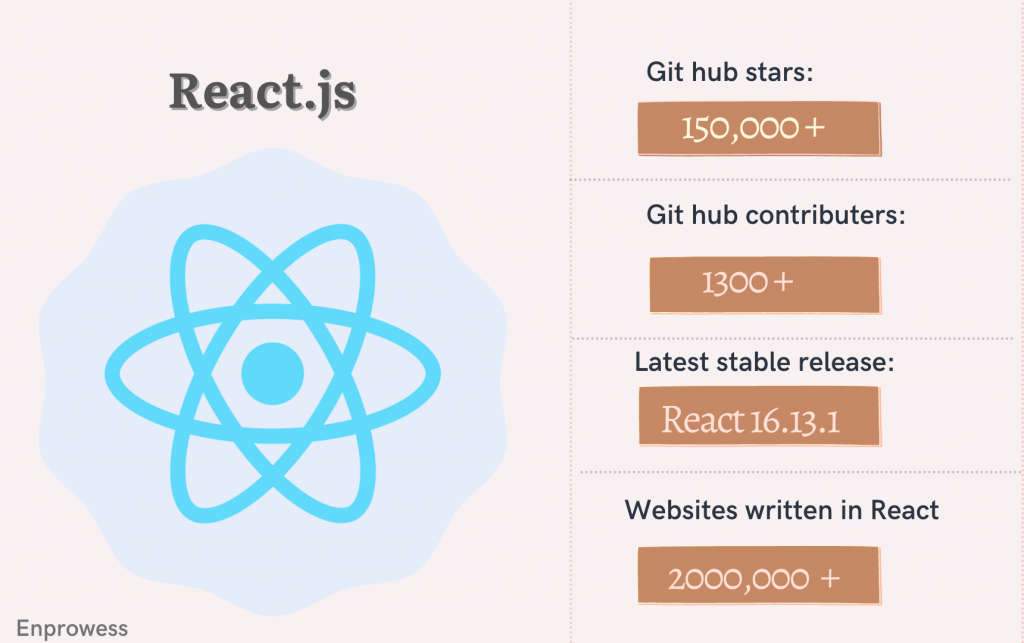 React.js/React is an open-source front-end library based on JavaScript, created and maintained by Facebook, and is well known for its virtual DOM feature. The performance of React improves because of the Virtual DOM algorithm. Like libraries, React can be run on web servers like Apache or with back ends such as PHP or Rails.

React can be used to build the user interface and the view layer of the Web Applications. React is component-based, and its declarative qualities let developers build interactive and complex UIs effortlessly. Developers are able to create scalable and fast apps suitable for all platforms due to its “learn once write anywhere” principle. It makes code very easy to understand and launch.

React is the most acceptable solution for building web apps that avoids low performance and slow user interactions because of DOM manipulations.

Where to Use React

This library re- utilizes system components and resolves any issues regarding React updates.

You can develop rich UI for native apps maintained by iOS and Android platforms by following similar design patterns.

Stack variations between Node.js and React.js 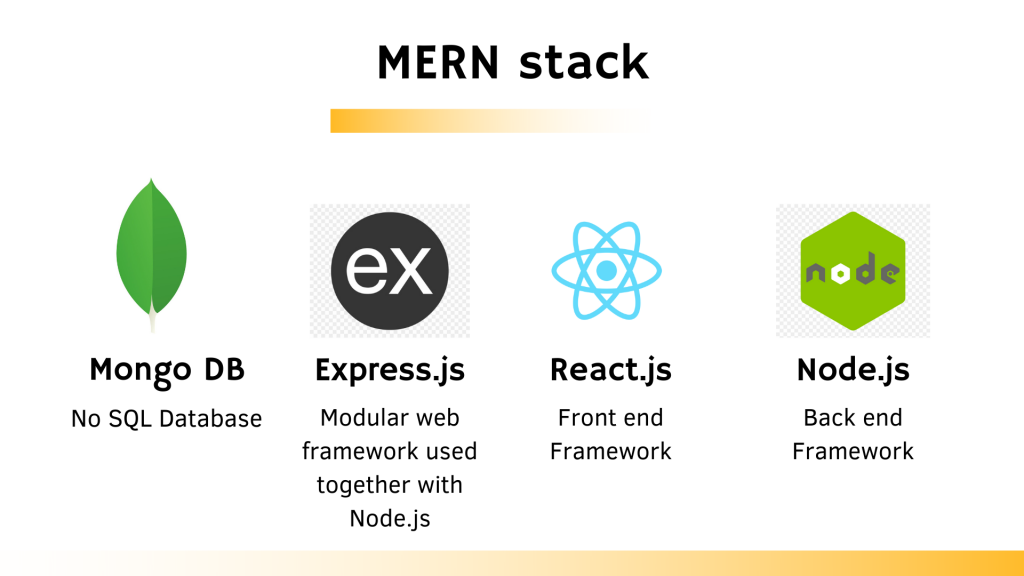 These frameworks are the fundamentals of the MERN stack, which comprises:

Depending on your development team’s expertise and experience, you can use some React alternative frameworks. Angular and Vue.js are the most common ones. Accordingly, you can work with MEAN or MEVN stack individually.

Now, let us make a comparison between React and Node.js.

Both React and Node are different technologies for web app development. Below is the comparison of React with Node js, their advantages, disadvantages, and usage. So, you can choose them for your proposed project.

Nodejs vs React.js: Which is Better for your project?

One can also use both react and Node Js frameworks for a single project. Use the Node.js framework to develop the back-end of your web app and create the front-end with React.js.

Netflix is the best example of such integration of frameworks. Both React and Nodejs have large and active community support. Which one to choose for your project depends on your project needs and requirements.

Can you use Node.js with React.js for web app development?

Yes, absolutely, it is possible to use Nodejs with react js. Node.js is the most appropriate platform for running and hosting a React app web development . There are two reasons for that:

Is a grouping of React & Node.js a Perfect Choice?

The majority of the JavaScript developers like the combination of NodeJS with React.js to develop reusable UI modules. ReactJS with Node.js has been an excellent grouping in a long-lasting time.

ReactJS is especially for front-end development, and many ReactJS development companies utilize it to render a page on the server side with the grouping of Node.js.

Undeniably, React and Node have different functions like React for the front-end and Node for the back-end.

If you want to use a combination of React with Nodejs for your app development, you will have to understand how to use NPM (Node Package Manager).

Using these React with Node.js combinations can help you to scale your project to a higher level. Because of these, many tech-titans like Netflix, PayPal use Nodejs to achieve tremendous results and radical performance improvement.

Despite everything, it is your development company’s responsibility to make sure about the client’s project requirements to complete the project’s development and choose an appropriate back-end and front-end platform that best suits the project.
But in all of that, the developers’ skills, proficiency, and experience matter most and how they apply it to the project development.

We here at EnProwess Technologies have many expert React and Node developers who have experience in Web Development projects.