Advantages & Disadvantages of Node.js: why to choose Node.js for web app development? 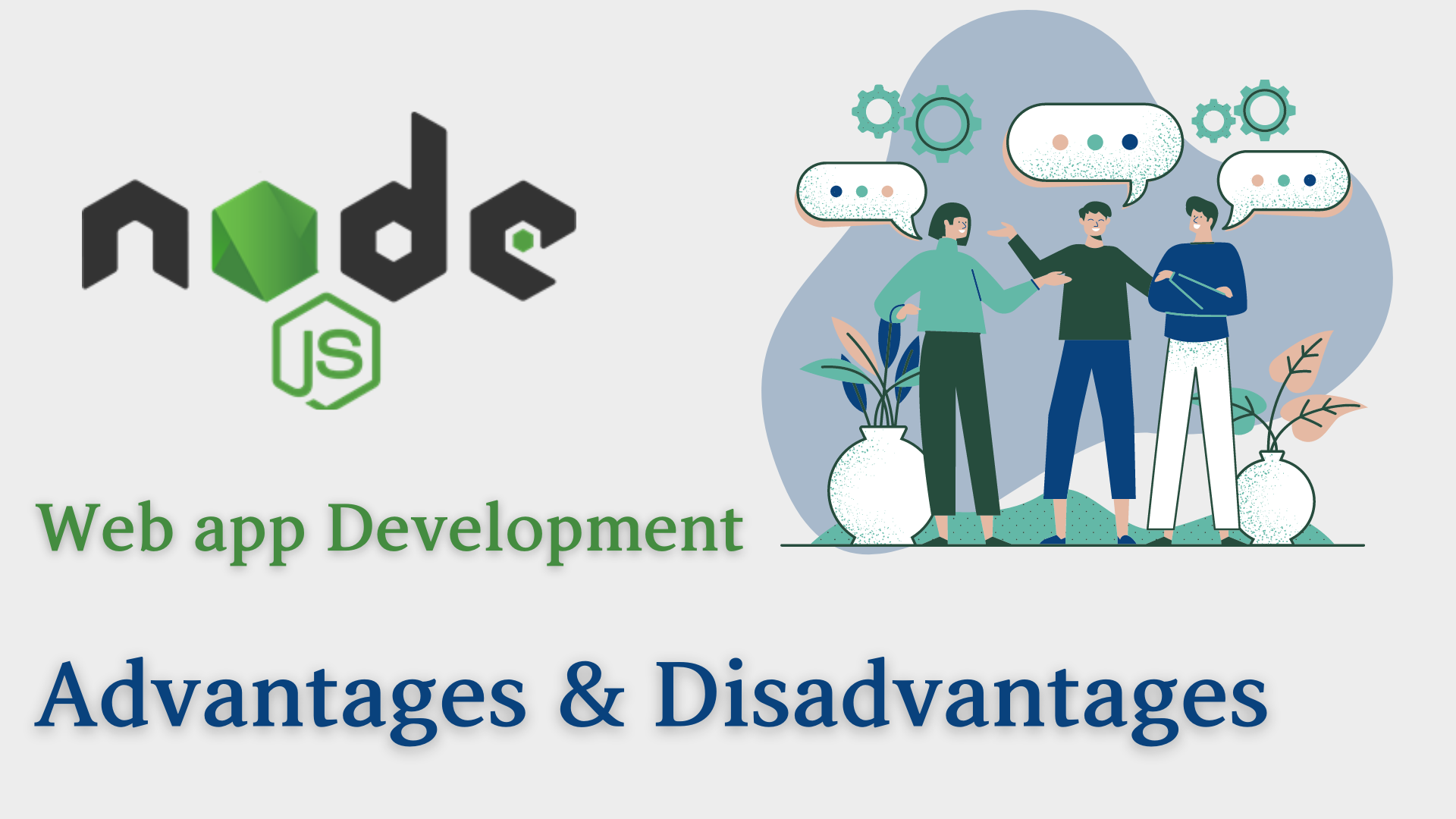 Quick Summary: In the current scenario, JavaScript has a vital role in web development. The application area for JavaScript has expanded, and now it is also being used for server-side programming. Thanks to Node.js, it has played an essential role in this significant shift in web development, so it is crucial to learn all about Node.js, how it works, and the advantages and disadvantages.

There are several factors a developer has to consider when it comes to understanding Node.js’ pros and cons for your web application . For example, speed, tech scalability, performance, application limitations, and way more. So how fast your application will reach the market depends on decisions made at this stage.

JavaScript works as a web front-end development tool or a client-side programming language and shows quite a handy client for building cross-development platforms. Writing server-side code in JavaScript was only an idea until the introduction of Node.js in 2009.

However, it has played a critical role during this vital shift in web app development. Because of Node.js’ advantages, node.js web app development has become very simple, cost-effective, and super-efficient with JavaScript running on the server-side.

The straightforward answer is Node.js is not a framework or a library but a JavaScript run-time environment built on Chrome’s V8 engine. It allows JavaScript code to execute on a server-side.

Node.js is an open-source platform as well, which increases flexibility that helps in building real-time network applications. It offers the developers asynchronous, event-driven I/O APIs. It runs on a single-threaded event-based loop, so all executions become non-blocking.

Are you curious to learn more about it?

Let’s understand the pros and cons of Node js to match your requirements and make a balanced choice.

Advantages & Disadvantages of Node.js:  why to use Node.js web app development

One of the essential advantages of node.js is that you can build super fast applications that give results in the blink of an eye.

Node.js gets power from Google Chrome’s V8 engine which is actually coded in C++. It compiles JavaScript into machine code quickly and at high efficiency.

This engine matters because Google invests heavily to improve performance and security and provide excellent support for advanced JavaScript features.

Node.js allows coders to write server-side code in JavaScript, along with JavaScript code on the front-end with absolute ease. As it crosses the blocks of hiring two resource teams, saving a great deal of time, cost, and energy for overall project development is one of the best node.js advantages.

LinkedIn’s development team post migrated from Ruby on Rails to Node.js, and they gained performance momentum from Node.js advantages. They reduced servers from 30 to only three. They started resource delegation and utilization more efficiently, shifted their focus from troubleshooting to app development.

Node.js offers high extensibility, which means that Node.js can be customized and further extended as per the requirements.

You can also use JSON format for exchanging data between the web server and the client. It also helps with built-in APIs for developing HTTP, TCP, and DNS, etc., servers.

With a constantly growing consumer base of tens of millions of users, giants like Netflix, Walmart, Uber, PayPal, among others, have observed advantages of the Node.js web app as a practical solution for scalability.

The cutting-edge technology arises with loads of features like the cluster module. It simplifies load balancing over multiple CPU cores, and without burning out the RAM process, it makes it easy to deliver desired outcomes through smaller modules.

In addition, Node.js services a non-blocking event-loop mechanism that offers high scalability and enables the server to process requests effortlessly.

From the development point of view, Node.js allows you to power micro services that further lets you segregate your application into smaller modules. This way, you can define tasks and allocate them efficiently among different development teams. It will lead you to fast-track development, deployment, and maintenance of each division of your application.

One of the important advantages of the Node.js and micro service is that it allows modern apps to scale up and down as per demands. This way, it helps companies to achieve high performance with fewer resources.

Therefore, Node.js is highly scalable and offers a better option than other JavaScript servers.

By using micro services architecture and Node.js combination to replace its past legacy system, Walmart benefited enormously. Along with a 98% increase in mobile conversion, the retail giant saw a rapid growth of 20% in overall conversions. In addition, they did end up saving 40% of the computing power and also cutting costs by a massive 20-50%.

Node.js community has millions of developers who are contributing actively. One can expect broad support from development professionals across the globe to solve even the strangest development problems.

NPM is the most extensive package manager registry in the world. It provides several tools and libraries available readily for use in your project. Developers will also have a large pool of resources – ready–to–use solutions, codes, modules, libraries, and registries- on GitHub made by developers to help  accomplish goals more with limited resources.

IBM is profoundly supporting this ever-growing technology, which has acted upon its plans to sponsor and speak at important Node events to enhance the reach and usage of the technology.

In addition, they also wish to make open authority in the union of Node.js and JS Foundations, which they think will produce a more robust, more vibrant JavaScript ecosystem.

This vibrant community is supported by many leading tech titans like Amazon, Google, Facebook, and Netflix, contributing to node.js massively. They have made outstanding contributions in the form of many open-source solutions. Acceptance by tech titans, alongside the developer’s community, guarantees tech presence and growth in the predictable future.

Undoubtedly, JavaScript is one of the most popular and broadly used programming languages in the developer’s community. It is easy to adapt and utilize Node.js for web application development and other use cases. Writing code using Node.js takes less time.

JavaScript is one of the most acknowledged programming languages for front-end development, according to Node.js 2016 User Survey. It is like a universal programming language. Even if you are a beginner or a junior developer, you can learn and work with Node.js in significantly less time and effort. 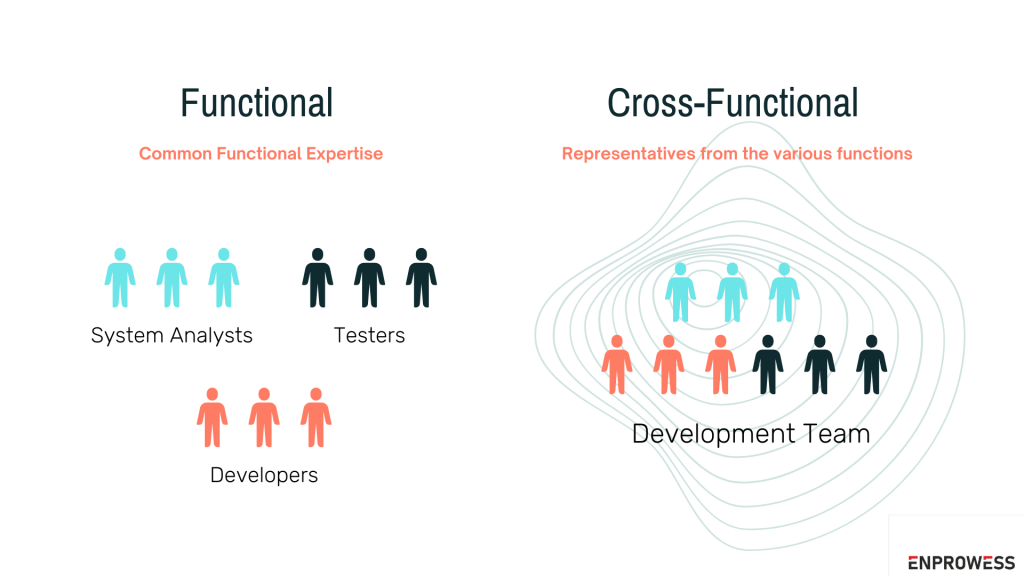 Let’s assume you have employed two teams for project development and quality testing, who work independently and whose responsibilities keep their expertise and working knowledge.

Even if this sounds ideal, chances are these teams have substantial communication gaps, resulting in massive holes in your product.

So, it sounds like a problem, yeah? Node.js is the solution!

Node.js offers full-stack development ability. It helps you make a team that focuses on enhancing your development life cycle wherein you can suddenly address challenges.

This work environment adds value to improved productivity and lets you resolve issues and troubleshoot them accordingly. As a result, you are very near to reducing your time-to-market.

Netflix had a start-up time of 40 minutes when they were using Java and JavaScript. After that, they switched it to node.js and hit the jackpot by reducing start-up time to under 40 seconds.

Well, it’s a given that a continuous to and from of requests has a significant effect on an app’s response time and performance. If your tech stack is not prepared to handle loads of requests, then the value of the product diminishes quickly.

Node.js has a single-threaded event-loop model that offers a non-blocking asynchronous architecture. With this architecture, it does not create more threads hence employing fewer resources. It helps boost your application’s responsiveness as it deals with multiple concurrent users simultaneously.

The Caching module of Node.js makes it easy for coders to reduce task workload and re-execution of code.

So, each time the first module of the web application gets requested, it gets cached in the in-app memory. A User gets quick access to web pages without having to wait for too long.

10. Getting Support for Commonly Used Tools

Node.js allows the developers to get extended support for the various commonly used tools. For example, suppose you want to test the source code of the Node.js application; you can use Jasmin and other such unit-testing tools.

If you want to identify and install the project dependencies, you can make use of npm, a powerful package manager. For running tasks of the project, you can use grunt. 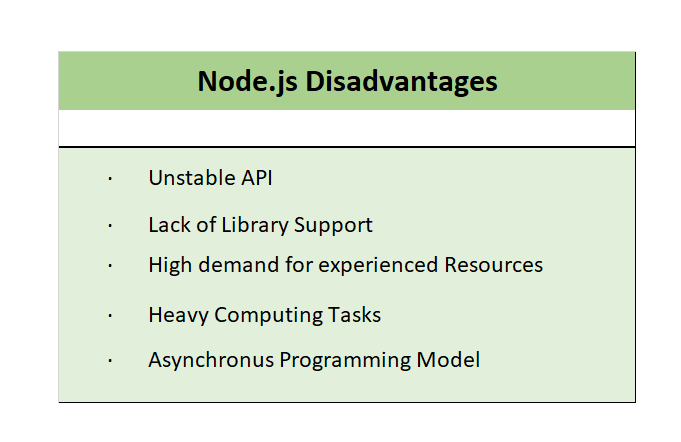 There are numerous benefits of Node.js. Also, there are other things that you should be aware of which may not be so ideal. It would be good to know these issues with Node.js when deciding about using it.

So, let us discuss some disadvantages of Node.js.

One of the most significant drawbacks of Node js most developers deal with is frequent API changes and the lack of stability that comes with those changes. So as a result, the developers are forced to continually change the access code to match the compatibility with the latest version of Node.js API.

Lack of Library Support System Can Risk your Code

Many NPM registries and libraries in Node.js are either poor quality or incomplete and not adequately documented. Hence this insufficient monitoring is complex if some amateurs develop a web application in Node.js.

Only well-qualified and sound experts with project experience can make your project successful.

Node.js is an open-source technology with a myriad of libraries and modules available which might result in a lack of high coding standards. It is thrilling to choose the right tech partner to build your web applications for extraordinary outcomes.

The technology overall responds a lot to callbacks due to the essential nature of the asynchronous approach. This function runs just after every task in the queue, safekeeping several queued tasks in the background that are still running.

When too many complex callbacks are received then it is called Callback Hell. This scenario makes the code difficult to maintain.

Node.js has the advantage of being single-threaded and event-driven, but this same reason reduces performance while executing heavy CPU-based computing.

Node.js has more advantages in comparison to its disadvantages. It is a fact that it has extended the area of JavaScript applications. You can use Node.js for both front end and back end servers. More business organizations are using Node.js web apps and have gotten positive results as time progresses.

Node.js is an open source JavaScript run-time environment that supports the execution of JavaScript coding – the most popular programming on the server-side.

Why is Node.js so fast?

Node.js is so fast because of its non-blocking I/O model. It uses a single asynchronous thread, which cuts the CPU workload and avoids HTTP overcrowding.

What are the advantages of node.js?

What are the cons of Node.js?

The Disadvantages of Node.js is the instability of the Application, Programming Interface (API), lack of a robust library support system, and deficiency of expertized Node.js developers in the current market.

What are the improvements of Node.js performance?